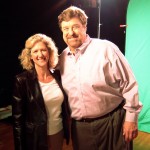 The fat lady has yet to sing, but Levees.org supporters should feel very encouraged by all the reviews about co-star John Goodman in HBO’s upcoming new series ‘Treme.’

In a Los Angeles Times article, Eric Overmyer, co-creator of ‘Treme’ muses about a soliloquy he wrote for Mr. Goodman’s character Creighton Bernette, who “rails against everyone, including the U.S. Army Corps of Engineers and the federal government” three months after the levees failed in New Orleans.

Levees.org supporters have reason to feel confidence that, when the subject is levee failures, that the script will be accurate, since John Goodman is a spokesperson for Levees.org. Supporters may remember how Mr. Goodman graciously volunteered his time to appear in a public service announcement for Levees.org in 2007.