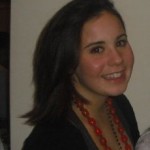 Everyone has the power to make a difference.

A great example is Lilli Geltman a Pennsylvania high school student who – entirely on her own – organized and held a fundraiser for Levees.org as an ‘application’ for her Senior Class Project.

In addition to raising awareness about the metro New Orleans levee failures, Miss Lilli Geltman and her friends had a grand time and raised $300.00!

“My mother and I made red beans and rice, Momma Reus’ Voodoo Brew and ordered pralines from Aunt Sally’s in the French Quarter,” wrote Ms. Geltman in a letter she included with her check. “My high school jazz band also performed jazz music, inspired by New Orleans, and the entire night was a success!”

Lilli told me her goal was to show her classmates ‘another place’ and to ‘share the culture and preserve a great place.’

This story is inspirational and a great example of how each of us – in our own unique way – has the power to help metro New Orleans recover.

At this writing I spoke to Lilli’s aunt who lives in New Orleans who told me she presented her class project just two days ago and it went well!

And we wish you well, too, Lilli.