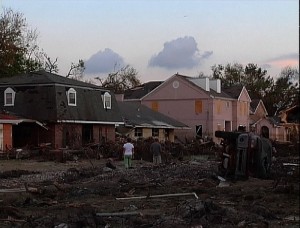 The Army Corps of Engineers has failed to respond to a request for comments on Levees.org’s nomination of two major levee breach sites to the National Register of Historic Places.

That failure to provide technical comments within the required time frame has created an impasse in the nomination process.  For this reason, Levees.org will exercise its right to appeal, meaning it will advance its nomination to the official arbiter for such procedural breakdowns, the Keeper of the National Park Service.

The Keeper has 45 days to either sustain or deny the appeal.  If the Keeper sustains, she will direct the Louisiana State Historic Preservation Officer to send Levees.org’s nomination to the National Historian for final review and formal listing.

Click here for more on the story by award winning journalist Mark Schleifstein with the New Orleans Times Picayune.