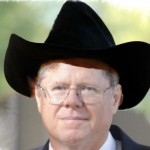 There is a remarkable story in the Sunday edition of the Baton Rouge Advocate about emails traded between members of the Louisiana Governor’s office and LSU officials three weeks after Katrina.

The emails reveal an apparent early plan to muzzle Dr. Ivor van Heerden because he – rightly – blamed the Army Corps of Engineers for most of the flooding during Katrina. These emails were prompted by an email from van Heerden to U.S. Senators David Vitter and Mary Landrieu and others.

In the email, van Heerden said he had done an aerial assessment of levees in New Orleans’ London Avenue and 17th Street areas.

The coastal researcher concluded those levees suffered “catastrophic structural failure due to pressure bursts.” He said the U.S. Army Corps of Engineers wrongly reported the levees had been overtopped by surging water.

Along the Industrial Canal, van Heerden reported, “are breachings, the longest 800 feet. All show plenty evidence of catastrophic structural failure due to bad engineering or bad design or bad construction or bad foundations.”

He added: “I believe it will be a long time before anyone trusts” the corps.

Roy K. Dokka, director of LSU’s Spatial Reference Center sent an email Oct. 24, 2005, to Michael Ruffner, vice chancellor of LSU saying that LSU “will remain in third rate category unless the ‘cowboys’ are (reined) in.”