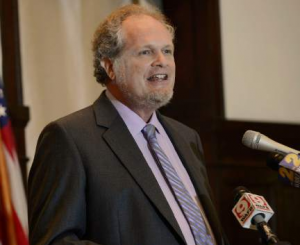 Upon request from Levees.org, Kevin Cope, President of the Faculty Senate at LSU submitted commentary regarding the expenditures by the flagship university in fighting Dr. van Heerden’s lawsuit. Portions of the commentary were included in our press release yesterday. Here is the statement in its entirety.

“The $457,000 that LSU has expended on legal costs for the Ivor van Heerden case brings the total cost of this shameful episode, including the $453,000 settlement, to at least one million dollars. What else could the expenditure of that sum have done?

“It could easily have paid Dr. Van Heerden’s salary until his retirement, an action that would have put LSU’s support for free inquiry and free speech beyond question. Alternatively, that sum would cover the cost of a ½% goodwill salary increment for the entire LSU faculty, a faculty which has received no raise for five years. One million dollars would cover more than one-quarter of the midyear budget cut that LSU received last year. It would have subsidized long subscriptions to up to five major library databases or fitted out the laboratories for two beginning scientists.

“Rather than pursue these worthy goals, LSU has chosen to hound a faculty member, to engage in secrecy and cover-up tactics, and to try to save face by engaging in a quixotic legal quest that it rightly lost. It has succeeded primarily in alienating its New Orleans support base and in further corroding the credibility of a leadership that habitually pretends to know better than faculty members.

“Sadly, many of the administrative personnel who created the Van Heerden debacle continue unreformed in their pursuits, hiding information about the LSU presidential search from students exercising their citizenship rights by filing freedom-of-information requests—which leaves one wondering how many more millions will pass through the courtrooms before reaching the classroom.”