The Literary Titan on the book “Words Whispered in Water:” AWESOME JOB 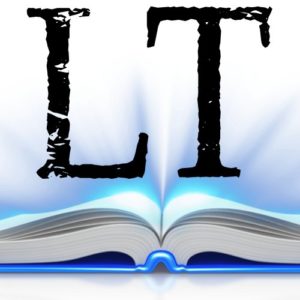 The online Literary Titan has awarded Words Whispered in Water, by Levees.org founder Sandy Rosenthal with a 5-star review.

The Literary Titan states on its website that it “is an organization of professional editors, writers, and professors that have a passion for the written word. We review fiction and non-fiction books in many different genres, as well as conduct author interviews, and recognize talented authors with our Literary Book Award.”

Rosenthal’s book published by Mango Media in August 2020 is about her quest to expose, against all odds, the true culprit in the New Orleans flooding event during Hurricane Katrina.

Here is an excerpt from the review published on January 10, 2021:

Words Whispered in Water is a riveting account of a tragic natural disaster. I would recommend this read to anyone interested in being more informed about the political decision-making processes that can seem insignificant one day and become life-changing the next. A truly informative and enlightening book. . . “ 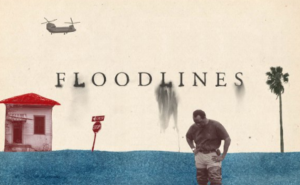 The free podcast is produced by The Atlantic Magazine and hosted by the talented Vann R. Newkirk II.

Floodlines revisits the story of the levee breaches through the experiences of four New Orleanians—Le-Ann Williams, Fred Johnson, Alice Craft-Kerney, and Levees.org founder Sandy Rosenthal—who remained in the city through the aftermath, and who are still living with the consequences.

Here’s a description of the ambitious 4-hour podcast released by The Atlantic Magazine at its March 2020 release:

Some call it Hurricane Katrina. Some call it the Federal Flood. Others call it the day the levees broke. On August 29, 2005, the city of New Orleans was submerged. That story of hubris, incompetence, and nature’s wrath is now etched into the national consciousness. But the people who lived through the flood and its aftermath have a different story to tell. A story of rumors, betrayal, and one of the most misunderstood events in American history.

Estopinal’s book review will appear in the upcoming double issue (vol 40, numbers 1 & 2) of the Xavier Review. An early digital galley has been released ahead of the hard copy issue.

In her book, Rosenthal is highly critical of the levee board reform movement, labeling it as ineffective and a distraction from the true culprit, the Army Corps of Engineers.

Estopinal––who was president of the Authority when his tenure ended––appears to agree.

In his review, he states,

“…Rosenthal attended board meetings of the Southeast Louisiana Flood Protection Authority – East during the construction of the new flood post-Katrina protection system. She observed firsthand how design comments provided by the experts on the board were routinely ignored.
“I––a past commissioner of the Authority East––can confirm that the many public comment and review meetings that the Corps hosted during the construction of the new system were simply for show. Major decisions were made and locked in stone before anyone outside of the Corps’ sphere of influence could contribute.”

Words Whispered in Water is reviewed by Publishers Weekly and has been a #1 New Release on Amazon for eight straight months.