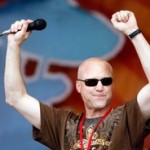 After carefully reading the transcript of Mayor Mitch Landrieu’s inauguration speech, we note a few things.

Our new mayor utilized sound messaging regarding the flooding of metro New Orleans in 2005.

We will hold them and everyone else to their responsibilities to protect, clean up and rebuild our coast. To rebuild our houses. To repair the damage done when the levees broke. –Mayor Mitch Landrieu

He used the word ‘Katrina’ only once and it was in reference to a point in time, not a reference to the terrible flooding.

It would appear that Mayor Landrieu has heard from Levees.org, agrees and intends to incorporate our mission into his.