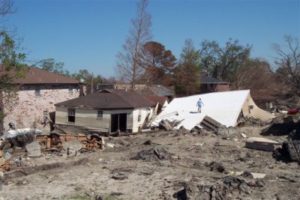 TRUTH: Half of New Orleans is at or well above sea level.
Source: Tulane School of Architecture

MYTH: The vast majority of homeowner losses in New Orleans were uninsured.

TRUTH: Pre-Katrina, more New Orleans homeowners had flood insurance per capita than the rest of the nation according to data obtained by Donald Powell with the Bush administration.
Source: New Orleans Times-Picayune

MYTH: The Orleans Levee Board spent only a few hours annually inspecting the levees before going to lunch.

MYTH: The Orleans Levee Board forced the Army Corps of Engineers to build the inadequate levee system that failed during Hurricane Katrina.

TRUTH: As reported in the New York Times, experts J. David Rogers and Raymond Seed retracted this erroneous conclusion in their 2006 levee investigation. The levees failed mainly due to a mistake the Army Corps made in the 1980s when interpreting the results of their levee load test study.
Source: Water Policy, Vol 17, Issue 4; Abstract

MYTH: New Orleans has a peculiar geography in that it relies heavily on levees for protection.

TRUTH: Sixty-two percent of the U.S. population lives in counties protected by levees. Click on map below to enlarge.
Source: FEMA. 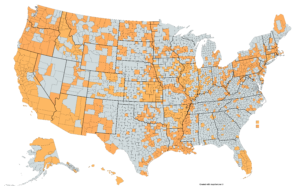 MYTH: As Katrina advanced, the residents of New Orleans were warned that the levees could breach.

TRUTH: Even the most desperate appeals to residents from local, state or federal officials did not warn that the levees could breach and fail. The first suggestion that levees could fail occurred at 1:47 a.m. in a memo from the Homeland Security Operations Center to the White House Situation Room, six hours after the evacuation was already completed.
Source: McQuaid and Schleifstein, Path of Destruction (Little Brown and Co, 2006), 179.

MYTH: After the storm, the levee boards were “reformed” and made similar to other levee districts in the U.S.

TRUTH: New Orleans was the first urban area in the nation to create a regional board with experts.
Source: New Orleans Times-Picayune 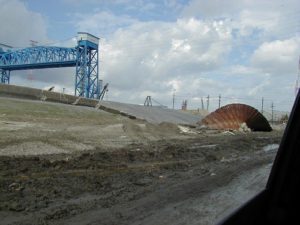 TRUTH: The Army Corps decided that the High Walls Plan, or raising the heights of the levees, was less costly, less damaging to the environment and more acceptable to local interests.
Source: Water Policy, Vol 17, Issue 4; Frontage vs parallel protection

MYTH: The local levee districts must be guilty of negligent maintenance because they settled for $20 million.

TRUTH: Judge Stanwood Duval’s 2009 settlement in the class action lawsuit against the pre-Katrina levee districts is neither proof of culpability nor acceptance of responsibility. It’s a settlement, and nothing more.
Source: New Orleans Times Picayune

MYTH: The Army Corps of Engineers admitted fault for the failure of its levee system during Hurricane Katrina.

TRUTH: No corps official has accepted responsibility for the failure of the levees in New Orleans during Hurricane Katrina without simultaneously – and also wrongly – directing blame toward local officials and environmental groups.
Source: Water Policy, Vol 17, Issue 4; Introduction