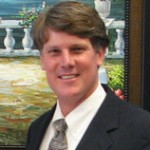 What the caller added was bone-chilling.

The caller added some first hand testimony. Here is a short excerpt from Karre’s interview with ‘Dave.’

DAVE: I was involved with another company trying to sell these pumps to the Army Corps of Engineers. In doing some research, the gentleman is correct (H.J. Bosworth Jr.). The specs were not met. No way, no how, no shape, no form. They (the pumps) were supposed to be witness tested. The pumps themselves are great pumps, they do work. But not under the conditions that they ran in the canals right now. There’s not enough water in the canals to be able to run those pumps properly. They’re hydraulicly driven, which means there’s fluid in these motors, and fluid gets hot and the seals break.

KAARE: Well that’s the key, Dave. How long has the Corps run these? How long can they run?

DAVE: They really haven’t done a lot of testing on them.

Click here for the entire interview. Begin at approximately the mid point.
http://www.webwiseforradio.com/site_files/244/File/KJ_083110_H2.mp3