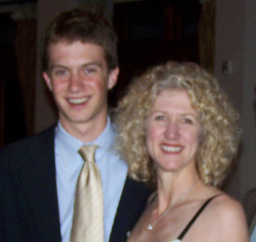 On Halloween Day, six years ago, I realized I had to do something about the myths that were taking root and quickly becoming established fact about the New Orleans flooding during Katrina.

Nine weeks after the levee failures and deadly flooding, I applied my skills (and my 15-year old son Stanford applied his) to respond to many myths, but mainly, the myth that the residents of greater New Orleans understood the risk they faced from hurricanes and thus were stupid for living there.

My most recent Huffington Post article was a Myth Buster revealing that even the most insistent calls from public officials to New Orleans area residents to evacuate for Katrina did not warn that the levees could break. A comment was posted that seems to be sarcastic and aimed at the victims of the 2005 flood.

It is totally sane to live at sea level and rely on bending moment resisting walls pounded into clay for protection from 20 foot storm surges; as opposed to either stout earth levees or T-Walls.

The issue at hand is not the particular type of design of the walls or levees. The issue is whether the citizens of the greater New Orleans area were fully informed of the risks arising from the inadequate engineering of those walls and levees. And the answer is they were not. What would that warning have looked like? I suppose it would go something like,

“We, the Corps of Engineers, have full scale testing that shows the millions of dollars of I-walls we have constructed along the outfall and Industrial canals will likely fail below their design heights. As a result, we have commissioned a stem-to-stern independent review of these life-safety devices, including their original design assumptions for the soil mechanics underlying them. That review has found those assumptions and our calculation methods to be overly broad and dangerously simplistic. There is a better than (very large number near 100) percent chance one or more of these walls, which back on peoples’ homes all over the metro area and protect hundreds of thousands of citizens from over a dozen feet of flooding, could collapse when they are supposed to be holding back floodwaters, causing Lake Pontchartrain to flow into the city. This could happen even in a category 1 hurricane.

“Because of this deeply serious situation we have requested “X” billion (where “X” is some suitably large number) dollars from Congress in an emergency supplemental bill to address these grave failures of engineering, design, and construction on our part. In the interim, we are moving forward with emergency repairs to bolster the areas the independent panel feels are the weakest. The emergency supplemental bill will also provide funding through various FEMA programs for those citizens who wish to raise their homes to do so on an expedited basis. In addition, we have formed a task force with FEMA’s flood mapping program to quickly revise New Orleans-area flood maps to reflect this scenario, since the current flood maps – which act as implicit warnings against what we thought were ‘safe’ conditions – are obviously incorrect. Flood insurance rates, due to the unique circumstances of this situation, will not change, and policies will be made available to citizens whose homes lie within this newly designated floodplain at substantially subsidized rates. Local municipalities will receive additional funding to deal with this unanticipated and extreme change in their floodplain management policies.”

Such a warning, or something like it, would have come out at the beginning of every hurricane season and been a part of all the local TV channels’ specials, as well as the Times-Picayune’s usual series of articles around June 1st. It would have spawned numerous investigative series. It would likely have resulted in multiple civil court cases, and certainly would have gotten Congress’ and the White House’s attention. You would have seen hundreds, if not thousands of homes being raised over 10 feet in the air every year. You would have had a massive debate in the national sphere about whether this was money worth spending. And the Corps’ prestige would have lay in tatters. That – putting all the facts out there in plain English and seeing the massive consequences that would result – is what would constitute fair warning and would produce an informed populace.

But that didn’t happen – ever.

Some of it came to pass, but only after the storm, when hundreds lay dead and the city was brought to its knees.

So please stop pretending that the people of New Orleans and the surrounding parishes were adequately warned and were thus foolish to live where they did, and currently do. It is offensive and odious in the extreme, and only reveals your own ignorance and lack of compassion.  –Matt McBride

Today, with a mission of education and chapters in five states, Levees.org has nearly 25,000 supporters and has been called “an influential grassroots group” by the Associated Press.