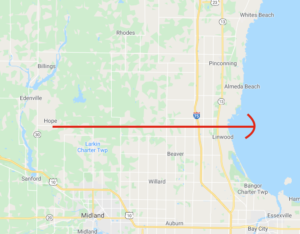 Our hearts go out to the people of Midland community in Michigan after two dams failed on May 19 forcing the evacuation of 11,000 people amid the coronovirus pandemic.

In addition to the hardships of the individuals, the flooding will create environmental damage by exposing toxins and washing them into the nearby Saginaw Bay and Lake Huron. President Trump has declared a state of emergency.

However, we are surprised that the Federal Energy Regulatory Commission (FERC) has directed Boyce Hydro––the owner and operator of the two broken dams––to establish an independent investigation.

A letter from David Capka, director of the Division of Dam Safety and Inspections for FERC, directs Boyce Hydro to form the team to “undertake a forensic analysis of the root cause of the overtopping damage to Sanford Dam as well as any other contributing causes.”

The FERC should request that a completely independent organization such as the American Society of Civil Engineers or the National Science Council be in charge.

For more about the flooding and the investigation, click here.