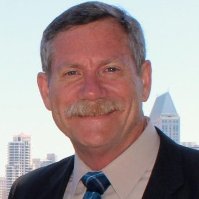 Dr. J. David Rogers was recently awarded the Schuster Medal for his decades of work in geohazards (geologic conditions capable of causing widespread loss of property and life).

“Robert Schuster inspired me to deepen my involvement in the field,” says Rogers, the Karl F. Hasselmann Missouri Chair in Geological Engineering at Missouri S&T. “I want to help the world define problems and find solutions.”

In 2015, Dr. Rogers was lead author in the eye-opening paper laying bare who was responsible for the levee breaches during Hurricane Katrina.

This watershed paper retracted wrong conclusions made in the initial levee investigation reports about what caused the levee failures during the 2005 storm.

The paper––published in the official journal of the World Council––describes how the levees failed mainly due to mistakes the Army Corps of Engineers made in the 1980s when interpreting the results of their levee load test study.

A story about the paper appeared in a front page above-the-fold New York Times story on Sunday May 24, 2015

Learn more about Dr. Rogers and the prestigious award.