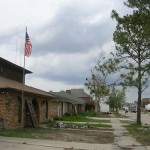 The letter below to Jim Amoss, Editor of the Times Picayune / Nola.com is reprinted here with permission from the author.

It is almost four years since my community was destroyed by the failure of the Army Corps of Engineers (ACOE) federally funded levees.  During that time, I as a St. Bernard Parish Firefighter, having lost everything I owned, initially assisted in the rescue of hundreds of those who felt protected and stayed not knowing the dangers that awaited them.  I also have suffered immensely, physically, mentally, emotionally, finacially and spiritually as my community and I have grappled with having to rebuild our lives and community in spite of persistent drawbacks.

During this time I have remained a subscriber to the Times Picayune and NOLA.COM using it to keep up with events and see what others in my community are feeling and how they are coping by reading the forums.  Over the course of the last four years I have seen many comments posted by what I believed to be those “spinning” for the ACOE and attacking some of us who have rebuilt our communities.

Now it comes to light that my suspicions were real and it has been ACOE employees using tax payer funded computers.  I think all your readers and I should be given full details and ALL the comments that were sent from the taxpayer paid ACOE computers. From the alleged amount of comments it is doubtful in my mind that this was as alleged by the ACOE the work of “one in 1600 employees”.

Mr. Amoss, do the right thing. Release the records and set the record straight on if the ACOE was “spinning ” their image or not.  As a subscriber and one who has endured I demand this.

One response to “Letter to Jim Amoss from St. Bernard Parish Firefighter”