No, Ms. Liberto…it’s not OK to use Katrina shorthand 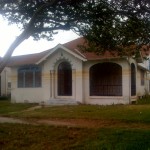 Last month, noted author John McQuaid chastized a reporter for the New York Times for lazy journalism, that is, describing the flooding of New Orleans as “caused” by Katrina.

It was civil engineering failure that caused the flooding, not a weather event. Such lazy journalism or “Katrina shorthand” is harmful to metro New Orleans’ recovery.

So when a reporter for CNN Money used Katrina shorthand, I wrote to her about it. In the first sentence of her story about black-owned businesses in New Orleans, Jennifer Liberto described Katrina as causing “utter destruction to” New Orleans’ Lower Ninth Ward neighborhood.

Saying Katrina destroyed the Lower Ninth is like saying traffic destroyed the bridge in Minneapolis. The bridge didn’t do what it was designed to do, and neither did the levees protecting the New Orleans neighborhood.

Thank you. Am well aware, as I lost my childhood home and a few neighbors to 12 feet of water in Lakeview

I made sure to make it clear that the levees failed in the main bar story I did. Four years ago, Katrina punched holes in flood walls and pushed Lake Pontchartrain into homes, stores and the lives of thousands of people.” But the stories are all focused on the economy and biz, so I didnt devote as much space to how it happened

But as a New Orleanian, I do blame the hurricane for upending my family and home and I think it’s OK to imply that such destruction might not have happened had the hurricane not passed through. Thanks for reading.

CNN’s Liberto seems to be defending her lazy journalism by saying she wouldn’t have lost her “childhood home and a few neighbors” had the hurricane not passed through.

I respond by saying the Minneapolis bridge would have done just fine if no traffic were allowed on it. Levees, like bridges, are supposed to perform a function. The traffic and Katrina both revealed structural flaws and blatant civil engineering incompetence.

Certainly, CNN must hold its writers to a high standard of accuracy and clarity. This applies as well when talking about what caused the damage to the city of New Orleans in 2005.

It’s not okay to use Katrina shorthand. Lot’s of reporters and journalists get the story right. Ms. Liberto can, too.

3 responses to “No, Ms. Liberto…it’s not OK to use Katrina shorthand”