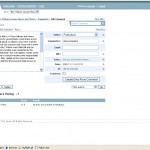 The Pentagon’s Inspector General office has issued a response to Senator Mary Landrieu’s recent request for a federal investigation.  In August, Senator Landrieu asked that the Army look into allegations by the founder and former editor in chief of NOLA.com of an organized campaign by the Corps of Engineers to undercut its critics.

In a letter to Sen Landrieu, Asst. Inspector General John Crane has determined that the Corps of Engineers’ IG took “appropriate actions” and that no further action is needed. Unfortunately, the DOD apparently limited the scope of the investigation strictly to comments posted to Levees.org founder, Sandy Rosenthal’s blog and issued a time line of actions by the US Army Corps and the Department of Defense (DOD) in response only to those comments.

Levees.org maintained from day one that we believed this behavior to be representative of far more than a few disgruntled employees.  The allegations in Jon Donley’s sworn affidavit of a cadre of at least 20 people over a period of at least two years conducting damage control for the Corps were stunning in their detail and clarity, but no one from the IG’s office so much as even called Mr. Donley.

We are highly interested in finding out what Senator Landrieu’s reaction to the IG’s letter is.  In the meantime, you can see the Asst. IG John Crane’s letter here.