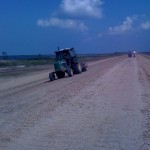 Though some news sources are focusing on the financial burden of federal Judge Stanwood Duval’s recent judgement in New Orleans, most articles are about the nationwide ramifications.

For example, the Chicago Tribune story begins with this:

“The harshly worded legal ruling this week that held the Army Corps of Engineers responsible for much of the flooding during Hurricane Katrina could have far-reaching effects on national flood control policies and on the federal government’s long-held refusal to take responsibility for its errors….”

I predict that attention will fall to an 81-year old law on the books that gives our Army Corps no incentive to engineer structures properly, and metes out no consequences should its work fail.

This is important to you because the majority of the nation’s population lives in counties protected by levees. And the most important levees are built by your Army Corps.

Judge Duval’s ruling shows the Flood Control Act of 1928 must be repealed. It must be done before the administration receives another judgement against it.

And most importantly, it must be done before more lives are lost.