More details emerge on why Levees.org will love HBO’s TREME 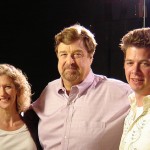 (Readers may recall that John Goodman is a spokesperson for Levees.org and appeared in a 2007 public service announcement.)

Rumor has it the character played by John Goodman in TREME will be saying many things that Levees.org supporters will love.

For example, we understand that in the opening scene, Goodman’s character says this: “The flooding of New Orleans was a man-made catastrophe, a federal f–up of epic proportions, decades in the making.”

More than four years ago, when Levees.org began calling the 2005 Flood a “manmade federal” disaster, we were nearly a lone voice. But with each passing day, the facts are rapidly becoming household knowledge.

Levees.org’s 24,632 supporters have apparently influenced the writers of TREME.

So please be sure to watch the debut episode of what our sources close to the HBO series are calling ‘the postcard about New Orleans that America didn’t get.’

We are saddened to share that David Mills, a staff writer and co-executive producer of the HBO drama “Treme,” died of a brain aneurysm Tuesday in New Orleans.