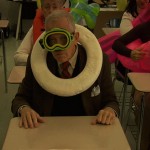 Two days ago, we urged our supporters to send a word of appreciation to Cooley LLP law firm for its pro bono work assisting Levees.org.

Represented by the San Diego-based law firm, we told the US Army Corps of Engineers and the American Society of Civil Engineers they shall NOT intimidate a little grass roots group and a bunch of high school kids out of exercising their first amendment rights.

With permission from the supporter, we are re-printing here one of the Thank you notes.

Thank you for your work on behalf of Levees.org

I’m sure that when you started off in the world of law many of you hoped that you could do good with your law degrees. But that $80,000 in student loan debt said otherwise. So you did the 150 hour billable hour a week game, just to get out of debt, but then… the house, the car, and kids! They get expensive and you don’t want them to live under the debt like you did after college.

But you figured you can save your soul by doing pro-bono work like this. It pays you back in a way that no corporate account can.

I know you worry about pissing off some client or getting “the call” from a big time paying customer (“What’s this I hear about you taking on ASCE? Knock it off!”)

I’ve been there. And I know how others might suggest a lower profile or less controversial pro-bono work. I mean, it’s not as if there aren’t a lot of people who need help who aren’t interested in taking on powerful people and the US Government.

But consider this, think of all those times you promised yourself you would use your skills for good and not just for the billable hours. You made good on that promise to yourself. You can feel a bit better about the boring paid work because of this pro-bono work.

Unlike some people, I don’t think poorly of lawyers. I think they can help with some of the most important issues of our times. The lawyers from the Electronic Frontier Foundation helped me pro-bono during my battle with Disney and right wing talk radio. We won. I was so grateful to have their expertise and support.

When you stepped into the fury and helped Levees.org on a important issue, you didn’t just help Sandy and the organization, you helped all the people who take on the government and powerful private interests. When you help with that battle –and succeed– you give hope to others fighting similar battles. I thought you should know that as you move on to your next 15 minute chunk of billable time.

One response to “Thank you Cooley LLP!”