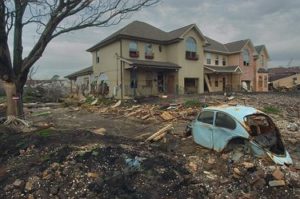 On the Sixth Anniversary of the Worst Civil Engineering Disaster in U.S. History, the Times Picayune published data that reporter Mark Schleifstein had ‘obtained.’ The federal data revealed that storm surge from a 500-year storm could overtop the levees in New Orleans and cause significant flooding.

House Bill 1495 required the Army Corps of Engineers “to estimate of the number of structures and population at risk and protected by levees that would be adversely impacted if the levee fails or water levels exceed the height of the levee.” We believe the LSAC system will provide critical information regarding the relative importance of America’s flood protection systems. It would also provide a critical look at what would happen as the result of more severe storms than the fairly commonplace and too likely “100-year” event.

Now two things need to happen. First we need for the corps to release the ratings along with the supporting data and methodology used to calculate the ratings. Second, Congress needs to actually use the ratings. On its website, the Corps of Engineers states that the assignment of the LSAC ratings to levees will be used in part to prioritize federal funding. That needs to happen.

This is a perfect example of data that should be covered under the Open Data Concept or the idea that certain types of data should be freely available to everyone to use and republish as they wish. When geeky number-crunchers with no vested interest can massage and analyze this data, who knows what they might find?

And surely the nation will fare much better if objective prioritization replaces the current practice of funding pet projects based on political issues. When the corps releases this data, we may find that exorbitant amounts of funding is being spent on levees that actually protect few resources. The data may even reveal instances where, for just incrementally more funding, the flood protection for heavily populated areas with large amounts of infrastructure and value can be raised from 100-year to 500-year or even 1,000-year protection.