Censure of LSU, a Boost to Ivor van Heerden’s Credibility 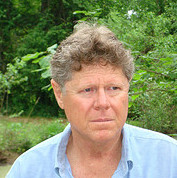 An academic watchdog group has voted to place LSU on academic censure for mistreatment of Dr. Ivor van Heerden who, after Katrina, was fired for blaming the Army Corps of Engineers for the failure of the levees and the drowning of New Orleans.

The American Association of University Professors, AAUP has found merit in Dr. van Heerden’s claim that LSU officials retaliated against him because they feared losing funding.

This brings to a close an investigation which began with a 30-page report revealing that LSU had a ‘prevailing position’ on the cause of the flooding and that Dr. van Heerden’s research and public stance ran contrary to that position. In November 2005, Vice Chancellor Michael Ruffner wrote,

“…LSU will engage in helping with [the] recovery of Louisiana, not in pointing blame. The chancellor has begun initiatives toward this goal, and it would not be useful to have the university associated, intentionally or not, with efforts aimed at causation.”

LSU’s apparent ‘prevailing position’ that the flooding was a natural disaster was in direct conflict with the findings of the investigation, called Team Louisiana that Dr. van Heerden was leading with funding from the Louisiana State Department of Transportation. 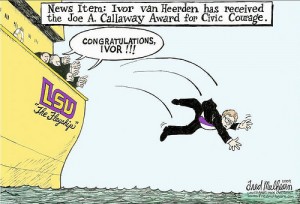 Marcia Cooke, adjunct professor at Loyola University and a high school math teacher finds it frightening that LSU had a ‘prevailing position’ at all regarding the deadly flooding.

“It is not a state university’s job to promote a prevailing position,” said Ms. Cooke.  “I feel it should be the opposite, that a university should be the arena where ideas are discussed, debated and researched.”

4 responses to “Censure of LSU, a Boost to Ivor van Heerden’s Credibility”