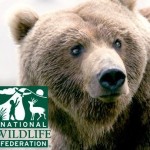 Today, we learned that the U.S. Army Corps of Engineers has banned the receipt of all public comments submitted through the widely used advocacy system called Convio.

While Levees.org uses SalsaLabs, a different system, we are still appalled at this suppression of public comments. We applaud the National Wildlife Federation for calling on the Corps today to immediately lift this ban.

On September 17th, the Army Corps sent an email update to NWF explaining that due to the number of emails received by the General during preparation for Hurricane Isaac, the IT department Email Team immediately instituted a rule for the incoming gateway servers to drop all emails from any Convio system. The rule was instituted on August 25th and the emails sent throughout the rest of the public comment period cannot be retrieved. NWF was never notified. On September 20th, the Army Corps let NWF know that the rule was still in effect and an anticipated date for lifting the rule could not be offered.

“Given the standard use of email and other modern technologies for delivering public comments to the Corps, there is no excuse for the Corps’ utterly inappropriate response to a large influx of public comments,” wrote Melissa Samet Senior Water Resources Council to the Hon Jo-Ellen Darcy today.

One response to “Army Corps of Engineers’ Suppression of Public Comments”