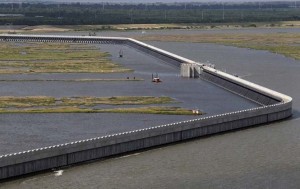 On Friday at Headquarters, the Army Corps revealed the impact of New Orleans’ post-Katrina flood protection on neighboring communities.

The Corps’ report says the $10 billion improvements may have been responsible for adding an average of 1 inch in surge heights during Isaac. It said LaPlace saw a slightly lower surge due to the betterments.

The Corps will hold a series of public meetings for the affected communities beginning at 6 p.m. with an open house, followed by presentations at 6:30 p.m.:

For the NOLA.com story by Mark Schleifstein, click here.