The Sinking Louisiana Coast Was Predicted 124 Years Ago 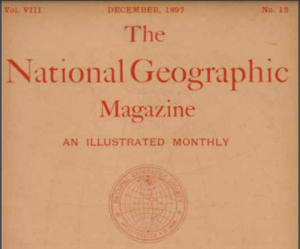 On page 354, James Corthell’s prediction can be viewed.

On this, the eve of Hurricane Season, it’s interesting to note that the sinking of the Louisiana coastal delta was predicted 124 years ago.

The Army Corps of Engineers has often stated in its modern reports on coastal Louisiana that it did not discover coastal land loss until the 1970’s.

This claim is hard to accept in light of a remarkably accurate prediction in December 1897 and published in the National Geographic (on page 354) by Elmer L. Corthell, civil engineer.

His prediction was endorsed by James Eads, builder of the Mississippi River jetties.

This demonstrates the Corps’ and the federal government’s culpability for coastal land loss and by extension for the flood risk in New Orleans.

“…The geology of the delta of the Mississippi is an interesting local study. The effect of withholding by the levees from the great areas of the delta of the annual contribution of sedimentary matters, and the steady, though slow, subsidence of these areas, is one which should be taken into account in deciding the important question of how to protect the people from the flood waters of the river.

No doubt the great benefit to the present and two or three flowing generations accruing from a complete system of absolutely protective levees, excluding the flood waters entirely from the great areas of the lower delta country, far outweighs the disadvantages to future generations from the subsidence of the Gulf delta lands below the level of the sea and their gradual abandonment due to this cause.

While it would be generally conceded that the present generation should not be selfish, yet is is safe to say that the development of the delta county during the twentieth century by a fully protective levee system, at whatever cost to the riparian states and the Federal Government, will be so remarkable that people of the whole U.S. can well afford, when the time comes, to build a protective levee against the Gulf waters, as the city of new Orleans has done on a small scale against the sea waters of Lake Pontchartrain…”