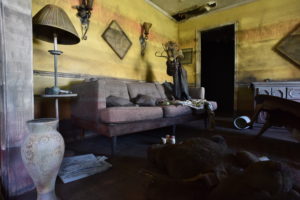 Prior to landfall, the Associated Press reported that experts predicted a billion dollars in damage in the US. It turned out to be $43 billion (1).

Now, near the 10th anniversary of what is unofficially known as Superstorm Sandy, NBC Channel 4 TV in New York City devoted a 5-minute segment to address this question: “Why shouldn’t we be all protected?” (2)

This question is posed while observing that after Hurricane Katrina in 2005, the US Army Corps of Engineers built a new system––including a massive regional surge barrier––in under eight years in Louisiana.

But for New York, and for New Jersey, the Corps is still debating the best approach to battle storm surge, ten years out.

Without a full handle on the facts, this is a reasonable question.

In our view, there are two major reasons for the starkly contrasting responses from the Corps to the two hurricanes where the associated storm surges precipitated highly unanticipated results:

1. The original levee system in New Orleans failed due to design and construction mistakes on the part of the US Army Corps of Engineers.(3)

2. There was less uncertainty on how to best protect the greater New Orleans region. The primary errors were identified as allowing storm surge to enter the heart of the city via large drainage canals, and also via the Inner Harbor Navigation Canal. The new system has floodgates gates at the mouths of those canals and a surge barrier east of the city.

In the case of Sandy, the Corps is not faced with the debris of its own mistakes. And according to the Corps, there are “geographical and urban/rural differences” between the two regions.

In the north, the Corps has proposed a network of smaller sea barriers rather than the locally preferred plan to build one massive harbor wall from Breezy Point, NY to Sandy Hook, NJ.

For the survivors of Sandy, like shop owner and vintner Marco Pasanella who lost 10,000 bottles of wine which were swept out to sea, the disaster feels like it was yesterday. (4)

Our hearts go out to everyone affected. And we will be closely watching the progress in New York and New Jersey.

3 responses to “Why New York Waits”