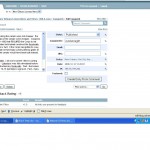 How we nailed the Corps of Engineers. Using "backend" tools available to any nola.com blogger, I could clearly see the IP for username "overwrought"

On his website Friday, Jon Donley explained why he came forward and spoke out on what he saw while employed as Managing Editor at Nola.com.

For over 2 years, he observed a cadre of about 20 user names posting abusive comments on Nola.com’s community features about any articles or people who criticized the Army Corps of Engineers.  Donley traced the comments via IP address to the Corps’ internet network and describe how he saw nearly 700 comments in just a 6-week period early this year.

The highly credible letter is lengthy and chock full of detail, but the final sentence says it all:

“The idea that those same community features would be used to attack people calling for accountability,  to silence critics and deflect independent review of the Katrina disaster – potentially putting those same New Orleans residents at risk again – is obscene.”  –Jon Donley