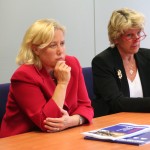 In a stunning show of apparent bureaucratic ineptitude, or perhaps tacit collusion, the Inspector General of the Department of Defense (DOD) ignored US Senator Mary Landrieu’s call for a federal investigation into alleged wrongdoing by the US Army Corps of Engineers and instead focused only on Levees.org, one of the whistleblowers.

The Pentagon concluded that no action is necessary after Senator Landrieu called for an investigation into credible claims the Army Corps waged a strategic deception campaign to protect its image after its levees failed during Hurricane Katrina.

Senator Landrieu requested the investigation after Jon Donley, the founder and former editor in chief of NOLA.com, the online version of the New Orleans Times Picayune issued a 3-page sworn affidavit detailing how the Army Corps had waged a disinformation campaign after Katrina to obscure the facts of the flooding and rewrite history.

The Pentagon apparently limited the scope of the investigation strictly to two individuals who left ugly comments on Levees.org’s NOLA.com blog and therefore did not address the complaints raised by Donley.

The Pentagon has unfortunately demonstrated what happens when an investigation of wrong doing is a self-study. The letter details only what was done relating to two individuals which represents a tiny fraction of the total activity. The only thing noteworthy about comments left on Levees.org’s blog is that was how Levees.org discovered the activity and opened Pandora’s box.

Bottom line: The Pentagon’s response is merely cosmetic and proves Levees.org was correct in feeling the DOD was not the best choice for an investigation. We anticipate that Senator Landrieu will agree and will call on the Justice Department for a full and proper investigation.

Link to Senator Landrieu’s letter to the DOD