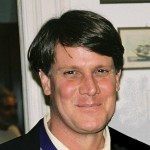 H.J. Bosworth Jr went to the Corps of Engineers public meeting last night. I stayed home to nurse a bad chest cold. Boz felt he needed to add to the Times Picayune’s version of events and his contribution is below.

On Thursday January 28th, I attended a meeting and presentation by Representative Ligi of Kenner and the US Army Corps of Engineers regarding the projects that are proposed or that are being constructed for the Lake Pontchartrain lakefront and along the waterway along the west edge of Kenner. The meeting was seemingly run by Rene’ Poche of the Corps. Talks were provided by Mr. Gary Brouse and Brett Herr from the Corps, Representative Ligi and Ms. Fran Campbell of the East Jefferson Levee Authority.

Rene Poche started the presentations with an agenda as a woman from the Corps or from Optimal Process Partners (OPP) acted as recording secretary for the meeting. Others from the Corps / OPP staffed the front desk and asked for everyone in attendance to sign-in and provide contact information. He laid out the agenda and acknowledged that there are persons attending that may not appreciate the Corps. He asked that those with a dislike for the Corps keep personal feelings at the door and try to stick to more civil discussions. He also made a point of telling everyone in the room that no structure can guarantee 100% protection and the best that the Corps can do is to reduce the risk that people have by living where they live.

Representative Ligi spoke and described how he was disgusted with the fact that debris was found in some levee sections in the past few months. Rep Ligi also thanked Sheila Grisset for breaking the story to the public.

Mr. Poche showed a brief slide presentation with one slide being titled something close to “why we should not worry about the debris that was found in the levee.” On that slide, two phrases stood out. One phrase stated that this was an “isolated incident” even though Mr. Poche actually said that this was not an isolated incident as he misread the slide- stating what I and others consider to be the truth – that levees constructed with non-specified material are more commonplace and dangerous. Why else would the Corps refuse to call them protection structures as they once did? Another phrase on that slide that was interesting was one that stated that the Corps now realizes that visual verification of debris is not the best way to insure that the materials being used conforms to the project specifications. What a brilliant epiphany?

Brett Herr then spoke about the project in greater detail. He said the construction of one of the “return” walls is being bid and one will be be out to bid in the spring. He discussed the existing bike path and stated that the bike path will not be in the projects since the Corps is prohibited from constructing recreational improvements. He also discussed the “isolated incident” of debris in the levee section and identified Boh Bros as the contractor that used the debris laden material in the earlier project as a way to offer a savings to that project. He also showed the same “why we should not worry” slide previously used by Mr. Poche. The Corps had the seriously questionable material removed and replaced and the newly discovered “questionable” material will be blended, on-site, with some clean material after some discing and cleaning of the problem material.

Fran Campbell addressed the audience by advising those in attendance that the Levee authority had been discussing the unsuitable material in a public meeting prior to the Times Picayune publishing the article by Sheila Grisset. Apparently, Ms. Grissett was alerted about the material while attending this Levee authority meeting.

Numerous questions from concerned residents were voiced to the Corps and one gentleman asked why the Corps was building a new flood wall, which in parts was only inches taller that the existing flood wall. Instead of admitting that the design of the earlier just was not strong enough, the corps representative simply said that their design criteria had changed.

I remember living along the 17th St. Canal as a young boy and being able to see the sun set over a very sparsely populated Metairie. People in Kenner now have a concrete wall blocking their view of the sunset and will soon have a higher wall to block their view. The Corps will have contractors with barges and tugboats in the navigational waterway along the west edge of Kenner. The people of Kenner will have no way to access this waterway for recreational purposes and for some time have had no way of watching the sunset over the wetlands in St. Charles Parish. Somehow, it seems that this relationship of people and water has been lost and unless you talk about the lakefront, has been largely forgotten.

Click here for Sheila Grisset’s story in the Times Picayune. (That’s Boz in photo at left.)

One response to “Levees.org’s lead researcher talks about Corps public meeting in Kenner”