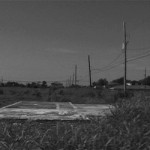 Slab in Lower Ninth Ward in what was once a dense thriving neighborhood. Photo/Francis James, April 2008

Over 1,000 citizens – all over the country – signed Levees.org’s petition in less than 2 days.

This response, both huge and immediate, during the holidays, ought to demonstrate to the Times that informed people think it’s inaccurate to attribute the metro New Orleans flood to “Katrina.”

Last week, a senior editor for the New York Times, told a flood victim – who had lost everything – that he thinks the Times is correct to say “Katrina” devastated New Orleans.

“No hurricane….no damage,” he said.

He wrote directly to her in response to her letter expressing surprise that the Times (in a recent article) attributed the flooding on August 29, 2005 all to a storm.

I am sympathetic to your view that many bad decisions led to the damage after Hurricane Katrina. As I hope you are aware, The Times published many article on the subject after the storm and has continued to report from the city. But had there been no Hurricane Katrina, engineerrng and other decisions would not have caused the damage. So I think we are correct in attributing the cause to Katrina.
Don Hecker, Senior Editor, New York Times

While superficially correct, this defense is fundamentally misleading.  It dismisses what really happened on August 29, 2005 when a major American city went underwater and over 1,600 people died.

Please sign our petition urging the NYT to be more specific about the cause of the metro New Orleans flood in its stories.