EXCLUSIVE: Interview with Ivor van Heerden on Settlement with LSU 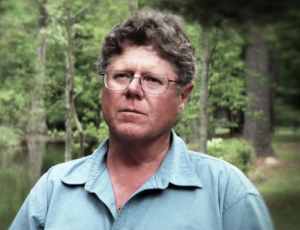 Today, Levees.org obtained an exclusive interview with Ivor van Heerden to discuss more details of his whistleblower lawsuit against LSU.

Initially, our interview was arranged in response to the remarkable story in the Sunday February 17th edition of the Baton Rouge Advocate about emails traded between members of the Louisiana Governor’s office and LSU officials three weeks after Katrina.

The emails revealed an apparent early plan to muzzle Dr. Ivor van Heerden when he rightly blamed the Army Corps of Engineers for most of the New Orleans area flooding during Katrina. Van Heerden alleged that LSU and members of the Governors’ office wanted to gag him, or worse, because they were worried his statements would put federal funding in jeopardy.

But last night, we also learned that LSU and a separate state agency paid the former coastal researcher a settlement check in the amount $435,000 provided by both LSU and the Office of Risk Management.

LEVEES.ORG: Will any more details – in addition to the incriminating emails unveiled last week in The Advocate, be forthcoming regarding unsavory behavior at LSU?

VAN HEERDEN: I don’t believe any more are coming. I am now in the process of writing a book, and there will be an entire chapter devoted to the LSU lawsuit. But I believe Bill Lodge with The Advocate is finished reporting on the subject.

LEVEES.ORG: Do you consider the settlement a victory?

VAN HEERDEN: This is definitely a victory. LSU was taught a lesson. LSU has learned never to ignore the principles of academic freedom again.

LEVEES.ORG: If you could do it all over again, would you have done anything differently?

VAN HEERDEN: Perhaps I would have been less trusting of a few of the academics on campus. Other than that, no. What we did it was right, and the way we did was right. And I think we did a very good job.

LEVEES.ORG Do you have any regrets?

VAN HEERDEN: No. I, from the very beginning, knew that this (speaking out against the Army Corps) could cost me my job. But the truth was so important to so many people that we stepped up to plate, and spoke out and told the truth. I have no regrets.

LEVEES.ORG: Do you think LSU is different from other flagship universities? In other words, is it the same elsewhere except LSU made the mistake of putting incriminating statements in emails?

VAN HEERDEN: No, I think that LSU stands out alone as a flagship university that acted so rashly. For example, (referencing the AAUP’s chastising of LSU) you don’t see other flagship universities being censured.

LEVEES.ORG: Are you and your wife happy with the terms?

VAN HEERDEN: We’re happy to extent it’s over, and we can get on with our lives. This was always about academic freedom, not about the money. The money only enables us to pay our attorney and other major expenses, and have a little left over.

LEVEES.ORG: I understand you are leaving for South Africa today. What brings you back to your original home country?

VAN HEERDEN: My sister has leukemia and hasn’t responded well to treatment. I am leaving to spend some time with her. She is scheduled for a bone marrow transplant in one week.

LEVEES.ORG Is there anything you would like to say to our supporters?

VAN HEERDEN: I would like to thank each of you very sincerely from the bottom of my heart for your support, your kind words, for the demonstration, and for the letters to LSU and the Governor. These are part of the good memories.

LEVEES.ORG: When LSU closed its Hurricane Center and non-renewed your contract, the residents here lost their only independent voice in Louisiana. It’s now up to all of us to carry on your work. We hope we can continue your level of vigilance. Thank you Dr. Van Heerden. Take care, and we wish you, your sister, and your family well.

13 responses to “EXCLUSIVE: Interview with Ivor van Heerden on Settlement with LSU”