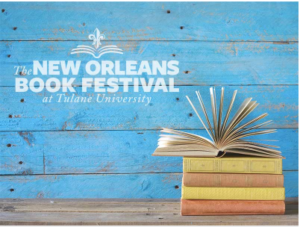 Tulane University has invited Levees.org founder Sandy Rosenthal to be a featured book author in its ongoing and very popular New Orleans Book Festival Virtual Series which presents discussions on a variety of relevant topics.

Rosenthal will be counted as a “highlighted participant in this Fall Virtual Series.”

In a signed letter from Walter Isaacson and Cheryl Landrieu––co-chairs of the New Orleans Book Festival at Tulane University––they write to Rosenthal:

“…Your new book, Words Whispered in Water: Why the Levees Broke in Hurricane Katrina, has particular relevancy to the current state of national affairs we are facing. We would be thrilled to have you participate in this series to speak on this topic, especially noting the anniversary of Hurricane Katrina. We can make every effort to accommodate your format preference, schedule and recommendation of moderator for the conversation…”

More details will be released next week about Rosenthal’s participation.

Founder Rosenthal’s book has been a #1 New Release on Amazon for 8 straight months. For a signed copy shipped to you, click here.