Culprits in Pumps Crisis Will Soon Be Found Out 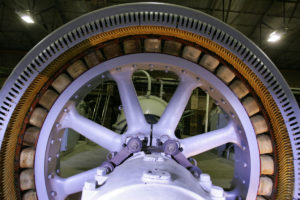 A version of this post appeared in the New Orleans Advocate on Aug 26, 2017 page 4B.

Ever since the flash-flooding on Aug. 5 when a summer rain drenched homes and businesses in New Orleans, I’ve received phone calls every day from distressed callers.

“Should I sell my properties and move away?” they asked. I assured them that the localized drainage crisis is much different from the region-wide levee failure crisis of 12 years ago after Hurricane Katrina.

The mayor has released a Request for Proposals for a firm to conduct a “root cause analysis” to figure out what happened at the S&WB, which seemed to go from a “well-oiled machine” to what it is today. In addition, Levees.org has signaled its willingness to the mayor’s office to participate in an external peer review of this analysis.

Perhaps most importantly, the residents of New Orleans can rest assured that neither the S&WB nor city officials have bottomless coffers of money to spend on a disinformation campaign, like the corps did after Katrina.

Initially after Katrina, the corps blamed the local levee district, the storm itself and the city’s flat geography – to name just a few – for the failures. In response, Levees.org has repeatedly and relentlessly called out the corps for this activity.

Whoever and whatever is the cause of the episodes of localized flash-flooding in New Orleans will be found out. And quickly.

In the meantime, Levees.org is prepared, as we have done every day since Aug. 5, to call out unreasonable, questionable and wrong information when we see it.